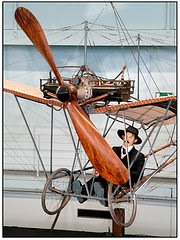 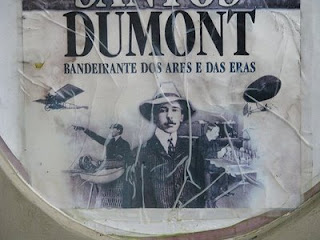 Alberto Santos-Dumont was the son of a wealthy Brazilian who experimented with aviation in Paris in the early 1900s during the dawn of aviation. His early achievements were in the field of lighter-than-air machines. After the Wright brothers' flights in 1903, Santos-Dumont began to experiment with heavier-than-air machines. He constructed a vertical-propeller model, and, in 1906, built a machine, the 14-bis, on the principle of the box kite. In October 1906, he won the Deutsch-Archdeacon Price for the first officially observed heavier-than-air powered flight in Europe, flying his canvas and bamboo biplane. In November 1906, he flew 725 feet (220 meters) in 21 seconds. In 1909, he produced his "Demoiselle" or "Grasshopper" monoplane, the precursor to the modern ultralight plane. I first viewed the Demoiselle in the 1960's, when it appeared a movie entitled “Those Wonderful Men and Their Flying Machines” An entertaining comedy that featured magnificent flying scenes for the aviation buff. The movie was roughly based on an air race in the early 1900's of which there were many in those days. The Demoiselle was one of the many pioneer replica airplanes that were built and flown in that movie. An interesting aside with this replica is the fact that it would not fly when tested and the experts were baffled until some research revealed that Dumont himself was a very small man, weighing less than 90 pounds. The problem was solved when a petite woman pilot was selected to fly the Demoiselle in the movie. This video clip features an Ikarus Demoiselle ParkFl yer flying equipped with a miniature 6 channel radio and powered by a brush-less out runner electric motor. 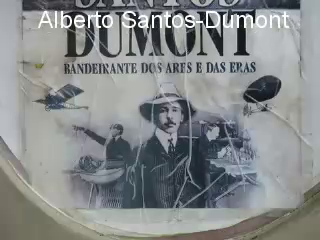 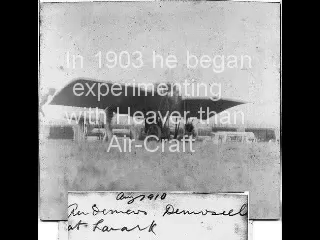 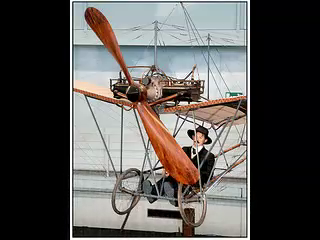 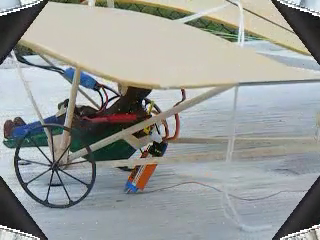 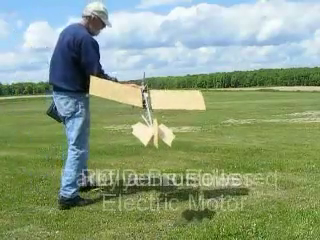 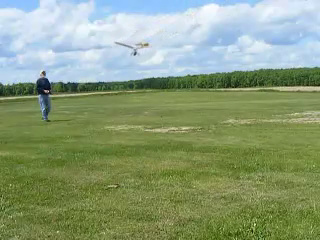 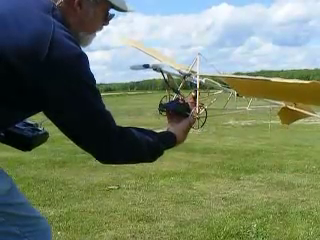 Park Flying the Demoiselle on a windy October day in restricted space.


Rare film footage of the original aircraft in flight