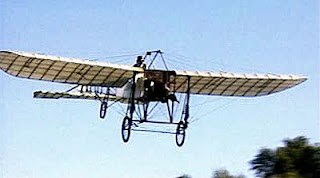 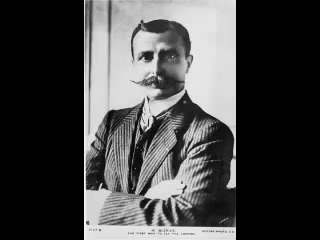 Louis Blériot inventor of the conventional popular airplane configuration, tractor engine up front with a forward main mono-wing and the balancing empennage  at the rear. The Blériot XI sported a single pair of wings which would serve as the new model from which most future planes were derived.

He  was born in Cambrai, France on July 1, 1872, and studied engineering in Paris. He was an inventor, an aircraft designer, and a pilot. He is best known for his flight over the English Channel on July 25, 1909, the world's first flight over a large body of water in a heavier-than-air craft.


A prize being offered by the London Daily Mail for the first successful flight across the English Channel interested Blériot and encouraged him to develop his fourth monoplane and first truly successful aircraft, the Blériot XI. After setting a European endurance record of 36 minutes 55 seconds and winning a cross-country prize, Blériot felt confident about embarking on his cross-Channel trip. He made the trip in 37 minutes, delighting the French and worrying the British, who felt that they had suddenly become vulnerable to air attack.

The Ikerus Parkflyer is reminiscent of a earlier Bleriot design with a strange pod arrangement slung under the wing, but after a very strange accident where I managed to run over it with my wheel of my trailer. I straightened it out and added a few sticks to transform it into something roughly resembling  the famous XI aircraft.
Credits - Library of Congress 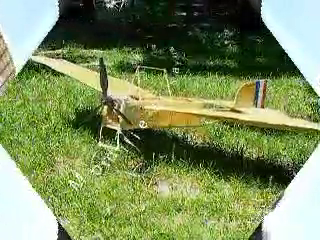 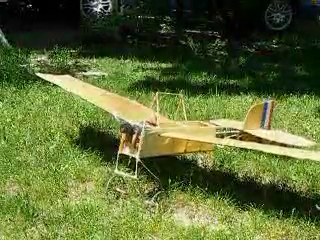 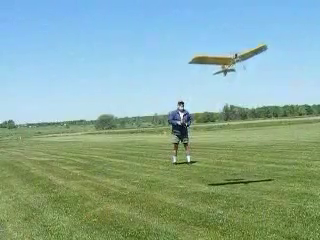 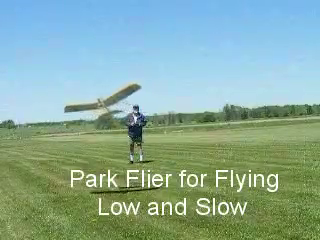 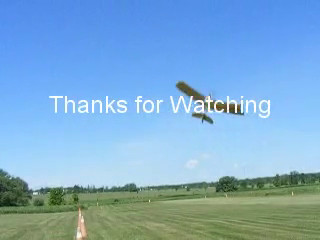 Watch the Park Flier by clicking the object.