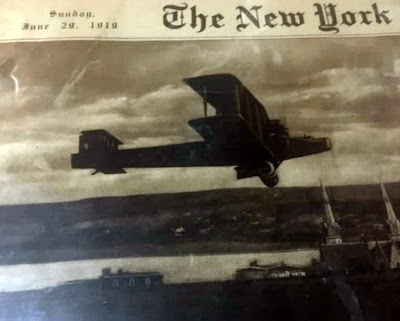 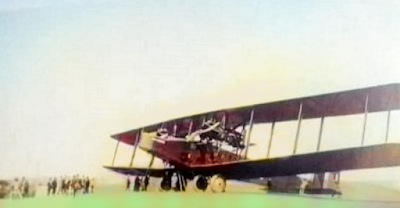 New York Times featured article from May 10th 1919: Third British Transatlantic Flight Entry Now in Newfoundland. READY IN THREE WEEKS . Vice Admiral Kerr of Royal Air Force in Command of the Giant Bomber’s Crew. Special lo The New York Times. ST. JOHN’S N. P., May 10,-The Handley-Page bomber candidate for transatlantic flight prize honors, which arrived on the steamer Digby this morning:, was landed from the ship this after noon and.it is now loaded on freight cars at the railway .terminal, ready to be conveyed to Harbor Grace tomorrow morning. The consignment comprises altogether 100 packages, including a stock of gasoline. The crew of the machine, namely, Vice Admiral Mark Kerr. Major Brackley, and Major Grant of the Royal Air Force, and Lieutenant Taylor, meteorologist, and Lieutenant White, wireless operator; say they will proceed to Harbor Grace on Monday,- where a party of ten machinists have gone this evening. The work of assembling the machine will be started immediately and pushed to completion speedily, but probably three weeks will elapse before the plane is ready for a trial flight. As the Handley-Page machines are designed to operate in the open, extensive sheds will not be required as in the case of the Sopwith and Martinsyde machines, Protection from the weather will be needed only in putting together the smaller parts. The airdrome is been constructed at Harbor Grace under the direction of Lieutenant Robert Reid of the Royal Air Force, who won the Italian War Cross in operating against Austrian airmen in the Alpine country last Summer. He is the oldest son of Robert Reid, Vice President of the Reid Newfoundland Railway Company. and he has had all the facilities of that organization to assist him in a satisfactory working out of his project.

Vice Admiral Kerr of Royal Air Force in Command of the Giant Bomber's Crew. This team were the arch rivals of the Alcock and Brown Vickers' Team. and they had the best of everything; prepared airfield with vast stocks of Av-gas. Their own meteorologist and Rolls Rice technicians at their disposal. Their Handley Page 1500/100 4 engine bomber was equipped with powerful transmitters and receivers were capable of maintaining radio contact throughout the entire crossing.  And yet with all these advantages they missed the opportunity to fetch the prize that was theirs for the taking.

When the R34 arrived over Newfoundland at about 2 pm on 4 July 1919 on its East to West Trans Atlantic crossing destined for Mineola, Long Island, where it landed on 6 July. Vice Admiral Kerr and his HP giant bomber gave up on his Atlantic crossing dreams and set out from Harbour Grace to follow the R-34 to New York. 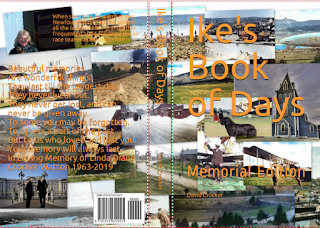