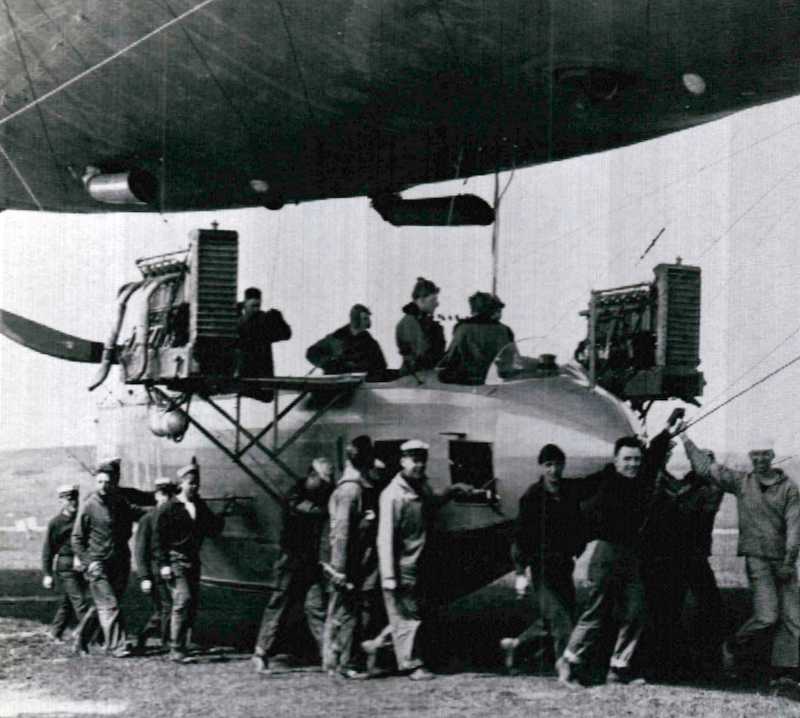 Commander E.W. Coil and his 5 airmen crew flew the C-5 craft 1115 miles nonstop;
Big Dirigible Nearly Wrecked in Dive of 400 Feet. STOOD SEVEREST OF TESTS Commander Coll Reports. Total Duration of Flight 25 Hours 50 Minutes. The C-5 left New York at 8 AM May 14th 1919 and landed at St. John's Newfoundland 25 hrs 50 minutes after takeoff. Which was 10 minutes to 10 A.M. on the 15th May 1919. Her mission was to join the Transatlantic Air Race. 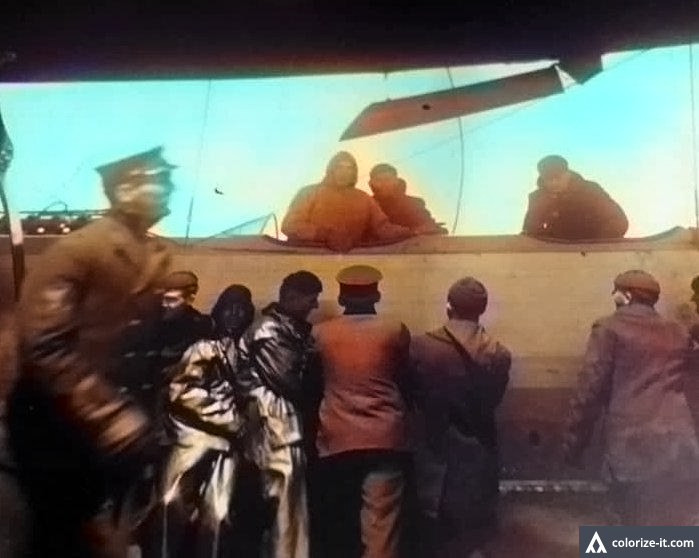 The captain was Lieutenant-Commander Emory Coil, and the crew were co-pilots Lieutenant John Lawrence and Ensign David Campbell, Lieutenant Marcus Easterley, and chief machinist mates T.L. Moorman and H.S. Blackburn. Officially, the flight was to a testing of the practical radius of this type of airship, but the press didn’t believe that. Coil told newsmen, just before takeoff, “We’ll beat the seaplanes yet”. 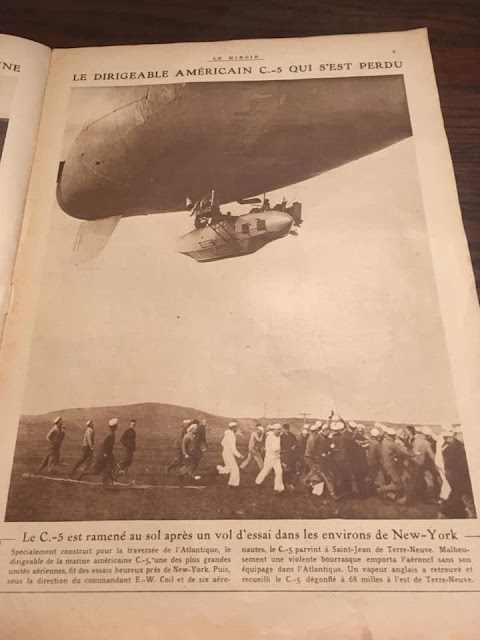 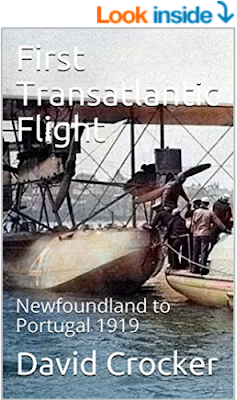 Browse The Story Here
The C-5 passed over Saint Pierre on the morning of May 15, but arrived 3 or 4 hours later than expected. The blimp was reported over Placentia Junction, Whitbourne, Brigus Junction, Avondale, Holyrood, Petty Harbour and Kelligrews before crossing the Narrows and arriving in St. John’s,


passing Quidi Vidi Lake and landing at a cricket field in Pleasantville, on the north side of the Lake. They experienced some Newfoundland fog as they arrived on the island, lost their bearings, and had to drift low at Placentia Junction to ask surprised locals directions.

The account in Rowe's book is so full of unbelievable statements that I rather believe my fathers account of the disaster:

Ike hadn't gone more than a mile when he came upon the strangest scene. Hovering a few feet above the ground was an enormous blue cigar shaped dirigible surrounded by a throng of people holding onto ropes attached to the strange craft. The people holding fast to the ropes were civilians and sailors alike. They seem to be having a lot of trouble at this moment; steadying the craft in the breeze that had suddenly sprung up. The wind was increasing in intensity and Ike could see that the craft is now pulling on the ropes so hard that it is lifting the restrainers off their feet and dragging them over the ground farther and farther from the anchoring post.

At this moment someone yells. “JUMP!” Then one by one the crew members begin letting go of the rope and fall back to earth. With the loss of weight on the bowline, the craft suddenly gains altitude at an ever increasing rate. Spectators let out a collective gasp as the craft continues its rise with a lone lineman is still hanging on but he too, realizes it's now or never. Now at twenty feet or so high, he finally relinquishes his grip and falls feet first back to earth. It was then that the perverse Newfoundland weather served up a sudden afternoon storm with high winds striking the field where the C-5 was tied down at her moorings. Lines began snapping and, before the blimp could be deflated, she was torn loose, as men leap from the power car. Now unmanned, she bobbed in the wind as she continued to climb and drift out over the hills eastward towards the sea. Eventually she vanished from view as she drifted far out to sea. 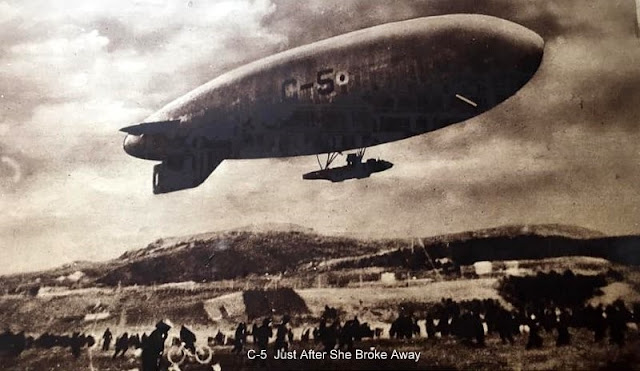 The C-5 broke free of her moorings at 14:50 local time and swiftly rises and is last seen disappearing over the hills surrounding Kitty Vitty Gut (5). 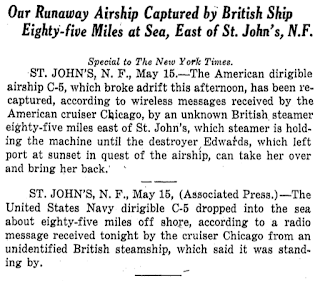 I was never able to confirm that the above newspaper clipping was accurate or not. If anyone with some thing to add on this we would be grateful if you would leave a comment to this page.