Dornier Do X in Newfoundland

The Dornier DoX landed at Conception Bay Newfoundland in 1932 on her return trip to Germany at the completion of her world-wind publicity tour of the Americas. Although it is true she was not a big commercial success (only 3 aircraft were built); she proved to be a huge propaganda tool for Germany, who at the time was struggling to once again establish itself as an industrial nation. She certainly was a head turner where ever she appeared. Even today she is regarded as a resounding achievement. 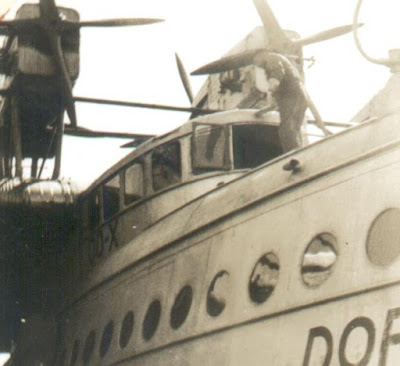 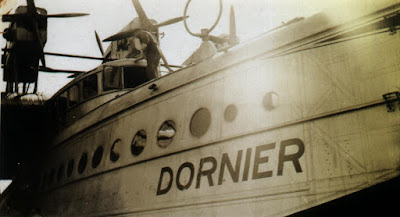 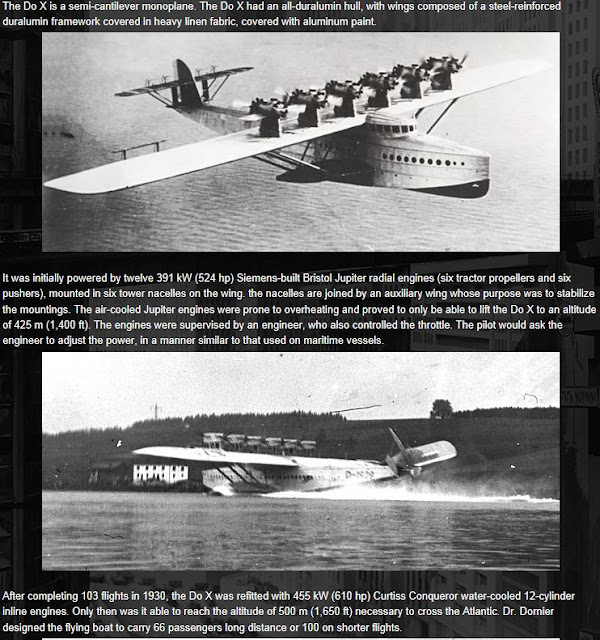 Germany's original Do X was turned over to Lufthansa, the national airline, after the financially strapped Dornier Company could no longer operate it. After a successful 1932 tour of German coastal cities, Lufthansa planned a Do X flight to Vienna, Budapest, and Istanbul for 1933. The voyage ended after nine days when the flying boat's tail section tore off during a botched, over-steep landing on a reservoir lake near the city of Passau. While the fiasco was successfully covered up and the Do X was repaired, it was then flown to Berlin, where it became the centerpiece of Germany's new aviation museum Deutsche Luftfahrt-Sammlung at Lehrter Railway Station, opened in 1936.

More DoX information than you ever wanted to know here
Posted by davideo4301 at 8:07 AM