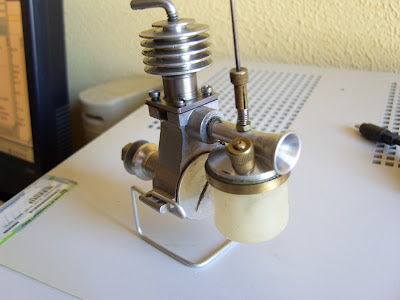 Millions upon millions of young people were enticed to surrender a significant portion of their allowance by this alluring advertisment that appeared in all the popular magazine of the day, such as Air Trails and Popular Mechanics. These adds appeared for the better part of a ten year period, starting in about 1947. For most of the buyers, this was their only foreseeable opportunity of owing a real model airplane engine. The $2.98 price seemed barely affordable and the 25 to 50 dollar costs of others was totally out of the question. Most of these eager modelers were deeply disappointed and discouraged with their purchases to the point that many turned away from the hobby for ever. 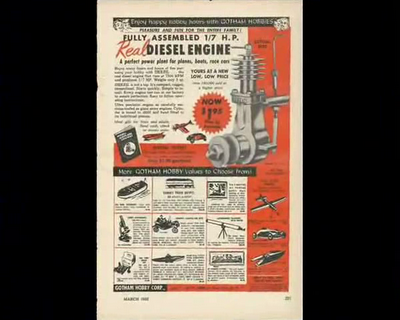 The engines were rarely even capable of running: if the compression happened to be high enough to cause ignition the structural components failed because of the induced loads on them in usually a matter of seconds or even less. The first weak link in the structural chain was the brass connecting rod, which buckled in compression and then some times snapped off in combined bending and tension caused by the binding which resulted from the buckling. In cases where the the compression was marginal and the operator was able to induce ignition by employing clever tricks with fuel mixing or preheating the compression chamber the next major weak link, the crank web failed usually after incredibly short run.  The crank shaft its self was a marvel of engineering ingenuity as it applied to the area of cost cutting. It basically consisted of a mild steel bolt with a sheet metal web swagged and brazed to the end where the bolt head would be normally found. The crank pin was likewise connected to this web. It may well have worked too, had the designer taken the precaution of using a heat treated type of steel for the web.

This is the story of how two engine enthusiast who got together on YouTube to join forces and create a fine running diesel from the bones of the original Gotham Deezil engine. 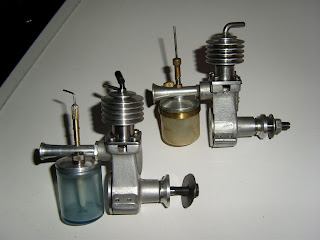 Running and adjusting the engine 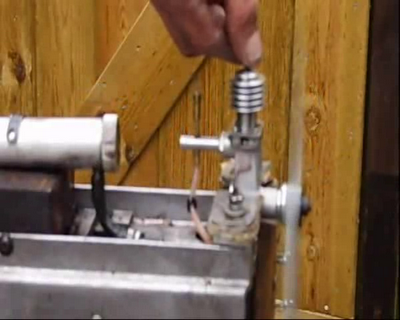