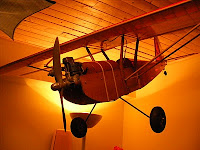 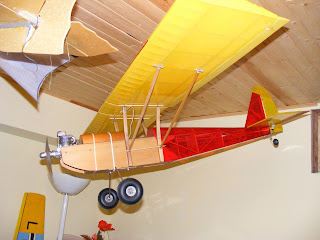 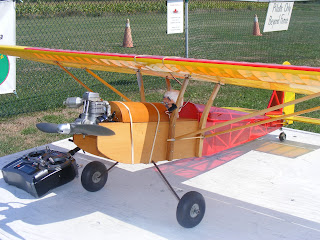 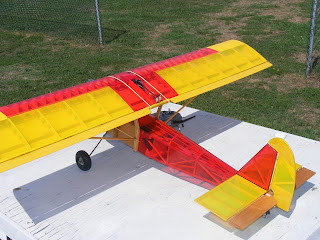 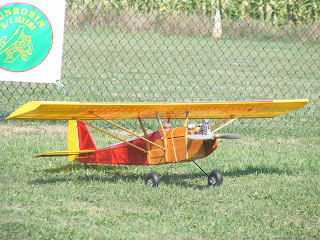 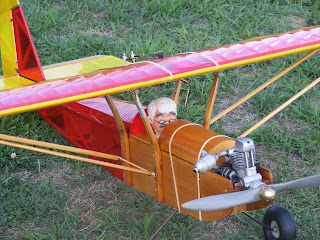 The Piney is an unusual parasol wing model resembling the Pietenpol Air Camper which is constructed entirely of white pine (even the surface hinges and strut attachments).  I have inherited a lot of pieces over the years;  enough to get one ready for flight for this coming flying season. I have a vague recollection of the Piney project but I have no real background material and if anyone remembers her I would be grateful for your information. Thanks,  Dave


The Piney has a reputation of being a very poor flying model airplane: People have told me that before attempting to fly it I should be aware of its propensity for severe adverse yaw, supposedly because of its large strip ailerons. Adverse yaw is a condition where application of aileron control will always be accompanied by a yaw in the opposite direction. Before attempting to fly the Piney we programmed the radio for 20% rudder linked to aileron movement. Watch the short clip below to view the results.
Adverse Yaw


The second major flaw in the Piney design that I discovered independently is its severe tip stall that can be triggered by any form of control surface movement at low speed. After three crashes on takeoff I started to suspect the wing incidence as the cause. The wing is set at 5-1/2 degrees which in hind site, is too much for a high wing design with a modified flat bottom wing. Watch the short clip below that demonstrates how prone the Piney is to tip stalling.

Ca-bane strut bracing wires was added to minimize the damage to the members in tip over accidents during takeoffs and landings. The picture below emphases the excessive wing incidence angle of the original Piney. 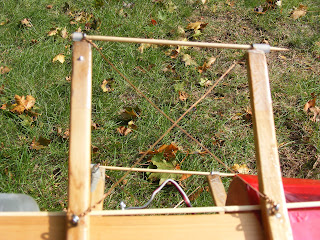 Note below the 1 cm shims attached to the wing's rear spar to reduce the the wing's angle of incidence from 5.5  degrees to approximately zero. 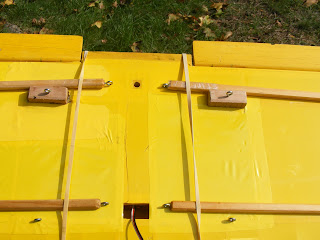 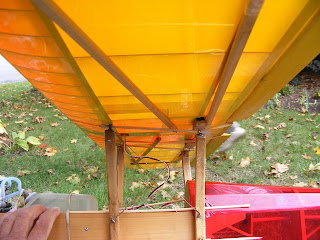 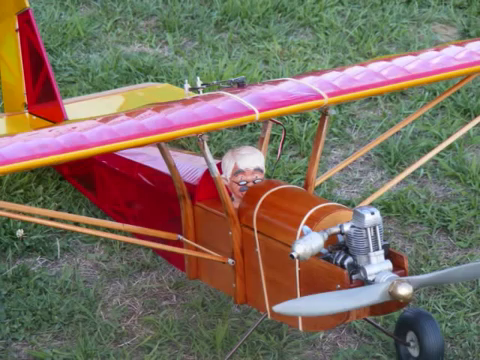 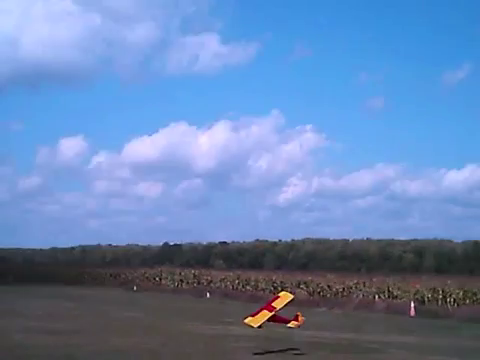 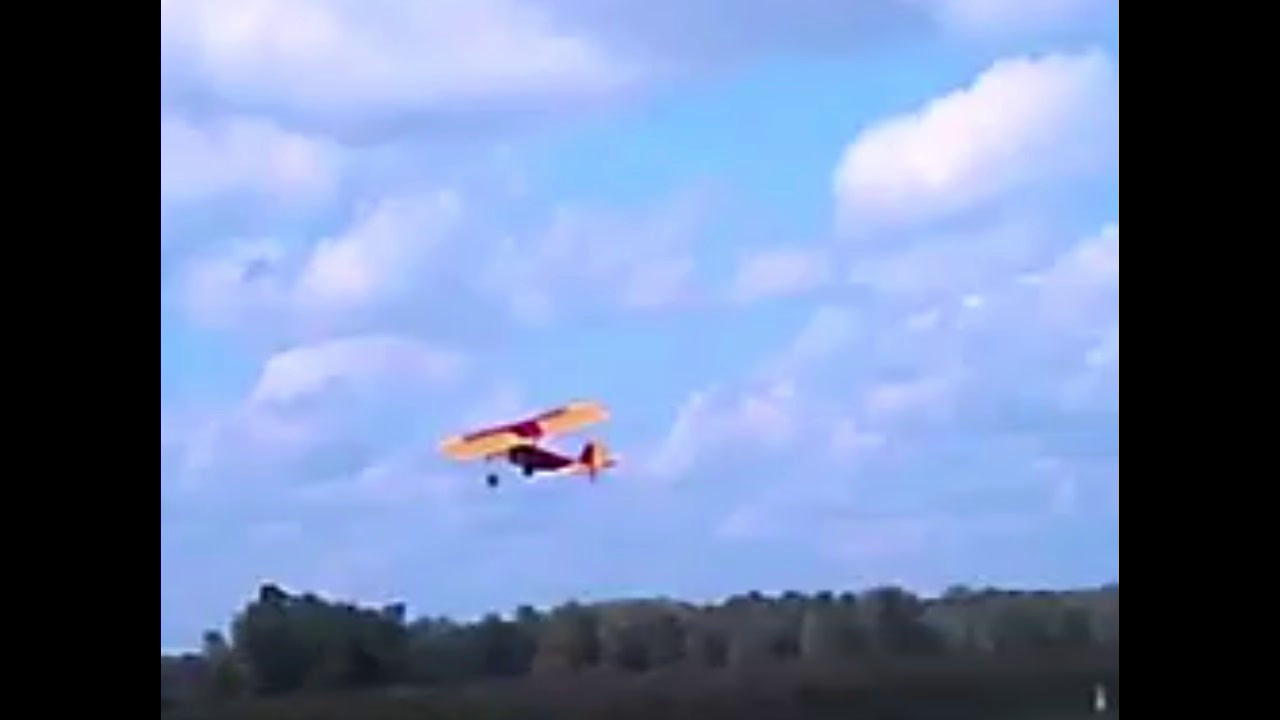 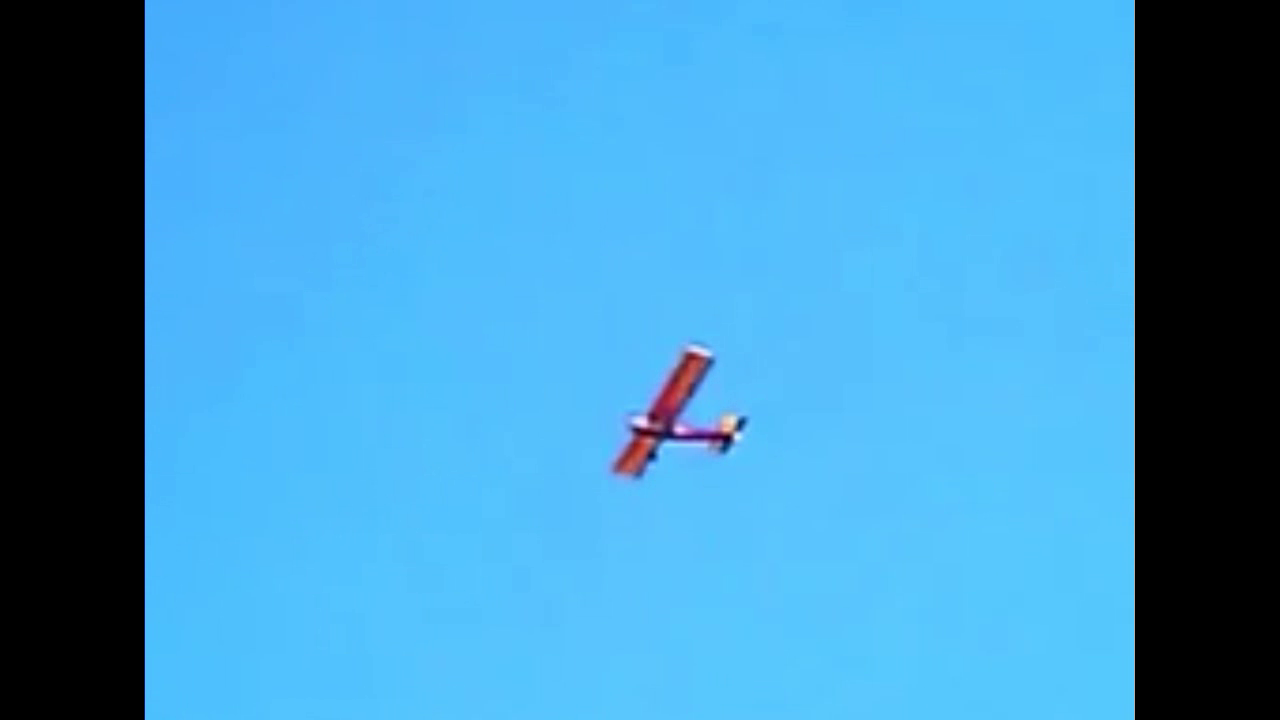 Fitting my Piney for Float Flying 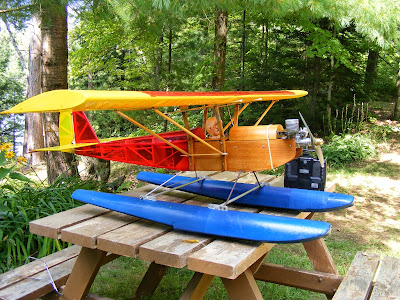 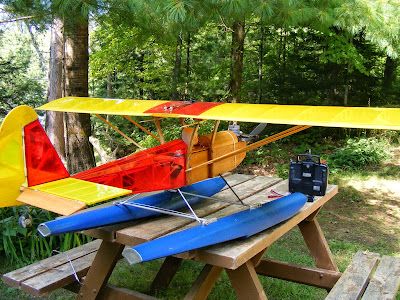 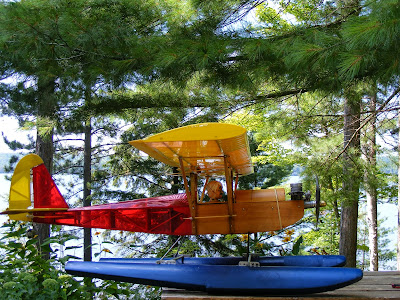 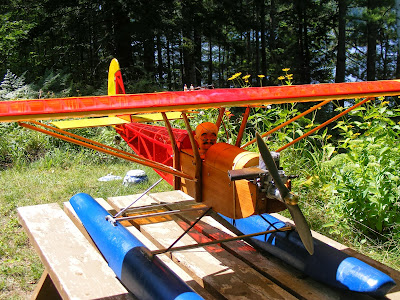 Too bad! We never got around to flying her off water;  it was totaled .in an unexplained crash (probably a spiral death dive due to pilot error) in October 2017.