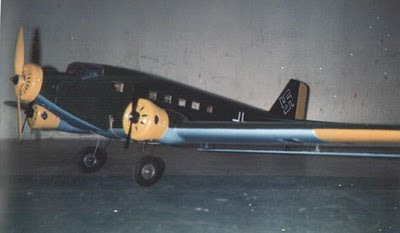 This 72 inch WS Balsa RC Flying semi-scale model of the Junkers JU 52/3m  WW2 transport airplane was built in the 1960's for nitro power now flies well with 3 brushless electric motors.
The nitro powered model flew adequately on it's center line mounted OS 30 and the 2 WenMac .049 engines mounted in the wing nacelles.
The updated electric powered model now flies with 3 brush-less 20 size motors coupled with 3 30 amp ESC's and 2 2000 mah Li-Po batteries.
The model has more than adequate power from the 3 electric motors and takeoffs are energetic even from our grass flying field. With all that excess power it is tempting to fly this JU 52 model like a pattern plane but I have to agree that it looks the best while doing slow fly-by's at scale like speed. 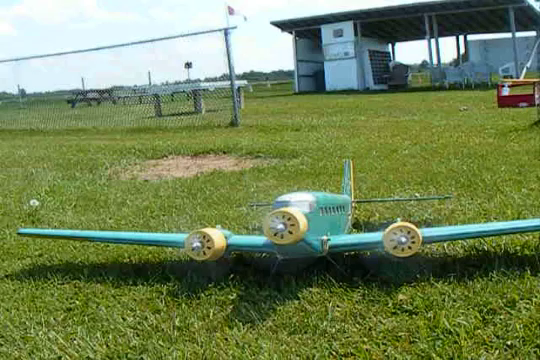 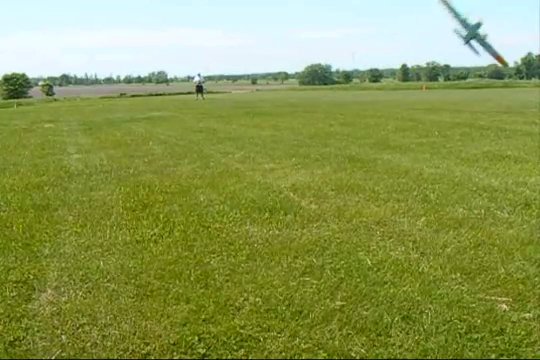 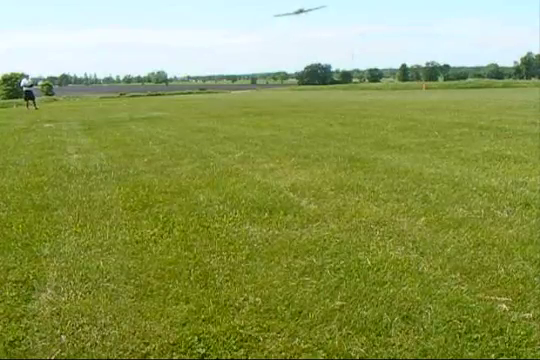 It flew successfully for many more flights but one windy day in November it suffered an in-flight failure and the rudder and 90% of the vertical fin separated, making the plane uncontrollable resulting in a crash. The plane itself was not badly damaged but one of the electric motors was damaged beyond repair and a matching replacement could not be found. The project was scrapped and we have since moved on to other projects. 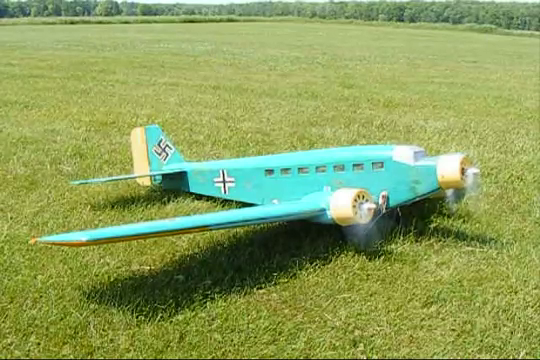