Build the Royal Kit of Lindbergh's Spirit of St. Louis

This is one of my favorite model aircraft but, the Spirit was not always one of my favorite because of it's lack of windscreen or cabin windows. In time it's unique classic looks won me over and now I can say, it ranks away up near the top. For years: while I was living on a farm with my very own flying strip, I would dust it off on that special day in May (21 May 1927) and put her up for another anniversary flight. 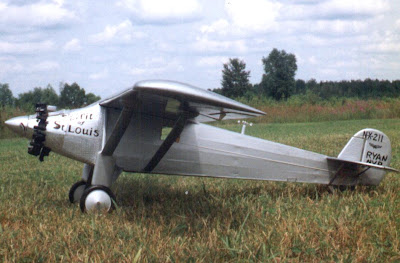 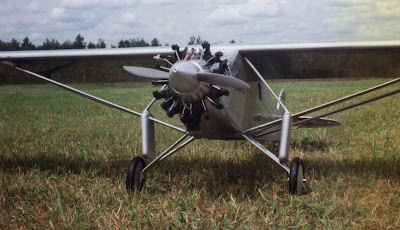 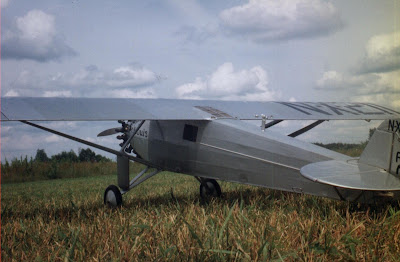 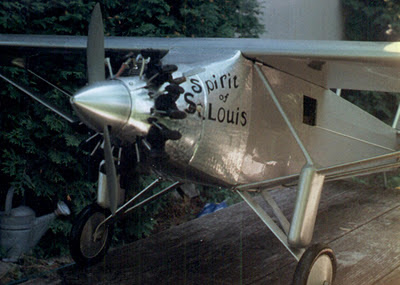 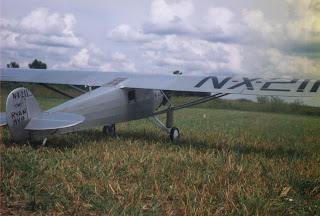 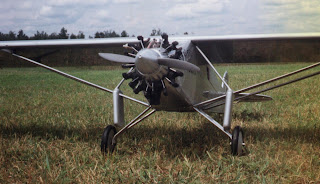 The kit was little more than a box of wood and a great set of plans; this was manufactured and sold when model aircraft enthusius were not afraid of a building challenge, in fact the build was half the fun. 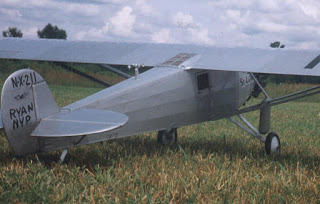 She was always a bear to fly;  something like the real thing  I gather: from what I read over the years the Spirit was a modification of an existing Ryan aircraft called the Brougham; a conventional looking single engine transport with a range of only about 700 miles.
The Lindbergh NYP aircraft would have to fly over 3000 miles nonstop so drastic modifications had to be made; all of which adversely affected the aircraft's flight characteristics. The number one problem was to increase the aircraft's range; to accomplish this a massive fuel tank was inserted into the forward cockpit. The addition of this fuel tank meant forward vision was impossible and windscreens and forward cockpit windows were eliminated, giving the Spirit that distinctive look. The look that I hated as a child: then the hobby shops and magazines were filled with examples and references to this aircraft; where do passengers sit? I wanted to know.
The weight of the extra fuel meant that the wing area had to be increased to carry that extra load; this was done by adding an extra 6 feet to the overall span bringing it up to 46 feet.  Seeing as the overall length of the fuselage is only slightly more than 26 feet its directional stability is marginal at the most.

Flying this model was also not easy and as I recall it was a bear to control, requiring coordinated rudder, aileron and elevator just to get it to turn, without falling out of the sky. The landings too were always a struggle: with all that extra wing area it didn't want to sink in a normal downward glide slope unless, the speed was reduced to dangerous levels where the tail was on the verge of stalling. This very thing happened to me on at least one occasion, where a picture perfect approach developed into a nose dive into the ground.

Watch this video of a talented flyer control his Spirit in a stiff crosswind.


Sit in the virtual Spirit's Cockpit to see what it must have been like to sit for 33 hours without sleep (jf you want to see all 4 clips of this fantastic event you must click "Contact").

The Flash Player may ask you permission to run, allow and you should be able to view the great clips. 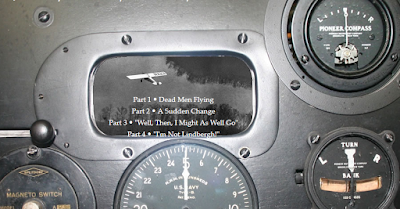