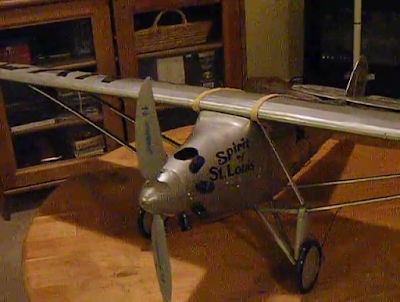 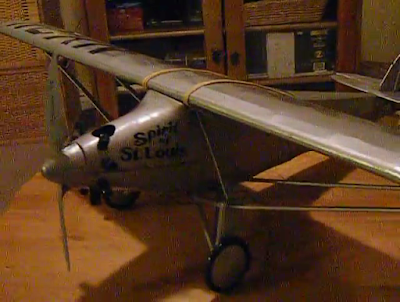 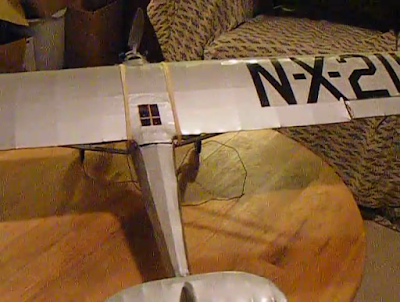 This old Guillows stick and tissue model airplane, of the world famous 1927 Spirit of St. Louis aircraft, flown by Charles Lindbergh and credited with accomplishing the first non stop solo flight from New York to Paris. The Spirit was a highly modified Ryan M-2 Mail Plane. The model featured in the video clip, was once flown with a Cox .020 Pee Wee nitro engine and, has been resurrected and converted to brushless electric power. Using a 45 watt Indoor type, outrunner brushless motor. Radio Controlled with Rudder, Ailerons, Elevator, and Motor control, using a GWS micro radio with 50 gram servos, round out the set-up for this tiny 70 mm 34 inch WS model.....can hardly wait for the weather to warm, so that I can try flying it. The design is not that stable because of it's lack of wing dihedral angle and small tail surfaces. The Spirit was not always one of my favorite aircraft because of it's lack of windscreen or cabin windows. In time it's unique classic looks won me over and now I can say, it ranks away up near the top. I have a 7 foot WS model that I would fly from time to
time on special occasions (May 21), and as I recall it was a bear to control, requiring coordinated rudder, aileron and elevator just to get it to turn, without falling out of the sky. As for the Guillow's version, I have seen several videos on YouTube that demonstrate they are perfectly capable of controlled flight, and I have embedded one of them below, for as they say "your viewing pleasure." 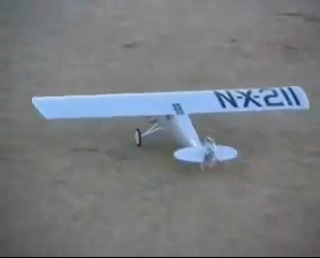 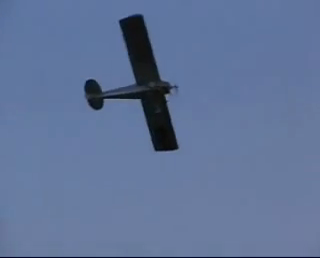 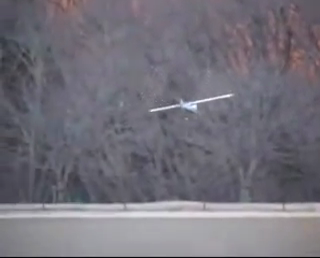